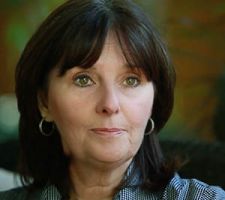 Melody Coombs first heard of PMP—short for Pseudomyxoma Peritonei—in November 2004 when she was diagnosed with the disease after a hysterectomy follow-up. PMP is a rare type of abdominal tumor that spreads through the abdominal lining or peritoneum that often begins as a burst tumor of the appendix. “The physician told us to go to Dr. Ryan Holbrook, right here in Spokane. As Doctor Holbrook was out of town, I sought a second opinion at the Virginia Mason Hospital in Seattle,” said Melody. The recommendation there was exactly the same: return to Spokane to see Dr. Holbrook who is nationally and internationally recognized for his treatment of PMP.

“The first time I saw Dr. Holbrook, I felt my prayers had been answered. He took the time to truly asses my situation, and educate us on the surgery needed all in a very compassionate and caring way,” remembered Melody. She and her family were introduced to the rest of the team at Cancer Care Northwest—physicians, nurses, therapists and social workers—all there to help them through the process of treatment. “That team has saved my life over and over,” said Melody.

Melody received her first procedure in January of 2005. “When I was trained, I was taught that if I began surgery and a patient was filled with this type of cancer, I was to just sew them back up. There was nothing we could do,” Dr. Holbrook said as he began surgery for a patient with PMP. “There was little chance of these patients living over a year.” Treatment of PMP has come a long ways since that time, and Dr. Holbrook has been on the cutting-edge of the advancements, focusing a large part of his career on an extremely technical prodedure used to treat this type of cancer called cytoreductive surgery and HIPEC.

HIPEC, which stands for Hyperthermic Intraperitoneal Chemotherapy, has become a very successful treatment method for many patients with advanced stage abdominal cancers in the appendix, colon, and ovaries. However, it’s no small endeavor for either patient or surgeon. “It’s sometimes called the ‘Mother of all Surgeries’,” said Holbrook. “It’s like ten surgeries wrapped in one.”

The surgery, which can last between 8 and 12 hours, was pioneered by Dr. Paul Sugarbaker of Washington D.C. in the early 1990’s. Dr. Ryan Holbrook, the only oncology specialist in Spokane at the time, took special interest in Sugarbaker’s findings. “I am willing to try things that make sense,” remarked Holbrook, “and this made sense. It was being done in Sugarbaker’s clinic and in several European countries and the surgeons were having great success.”

The HIPEC surgery involves several phases. First is the cytoreductive surgery, or debulking process, which is what makes this surgery is so complicated. Peritoneal cancers—cancers spread through the lining of the abdomen or peritoneum—often have metastasized to many of the abdominal organs. However, these cancers are usually surface malignancies, which make it possible for specially trained surgeons like Dr. Holbrook to remove them. Often, this involves removing large parts of the bowel and other organs such as the spleen and appendix. “There are significant issues involved with removing that much of a patient’s body,” noted Dr. Holbrook. “I was very selective about the patients I took when I began doing this surgery. Now I am able to treat much more complicated cancers, but it’s not right for all patients.”

The process of debulking is the prerequisite for treatment with the heated chemotherapy, or HIPEC. Heat is actually a key in this process. “Heat itself kills cancer cells,” said Holbrook, “and it opens the pores, so-to-speak, of the cells to receive the chemotherapy.” Even then, the chemo can only penetrate two to three millimeters, which is why Holbrook is so thorough with his removal of visible cancers in the abdominal cavity.

With these types of cancers, imaging technology often doesn’t give an accurate view of the scope of the disease. “Every one is a little different,” said Holbrook. “We follow a basic set of principles, but don’t know everything we’re going to see until we open up.” Nevertheless, Dr. Holbrook has seen a significant benefit for patient outcomes. “Many have a 70-85% chance of living beyond five years,” said Holbrook.

For Melody, three cytoreductive/HIPEC procedures later, that chance has given her meaningful years of life, and her resolve to help people understand this type of cancer has never been stronger. “I want people to know about PMP. I want it to be recognized, and I want people to know that there is an expert here in Spokane.”