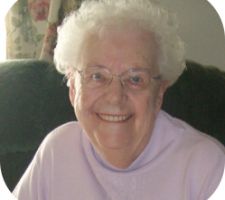 Dorothy Middaugh has dedicated a lifetime to the performing arts. Through singing, promoting stage shows, and working with Project Joy to foster the healthy development of adult shut-ins, she brings happiness to people both young and old by giving them the chance to enjoy the theater and participate in programs that strengthen the community. When she was diagnosed with cancer in 2003, she saw it as an opportunity to change her life – and the lives of others – for the better, and never let the diagnosis keep her from doing what she loves most.

Dorothy's cancer experience began when was out shopping one day and experienced an unusual pain in her shoulder and back. After meeting with her doctor, she discovered that she had suffered a mild heart attack. Her physician performed a thorough exam and discovered another malady: Dorothy had a baseball-sized tumor in her abdomen which was later diagnosed as Stage 3 Ovarian Cancer. Before the tumor could be addressed, she underwent a double bypass surgery to ensure that she was healthy enough to endure cancer treatment.

To combat her cancer, Dorothy was scheduled for surgery to remove both of her ovaries and a portion of the intestine. The operation was a success, but she was told that she would have to have chemotherapy to eliminate unseen cancer cells in her body. Now, after several years of working together to battle Dorothy’s cancer, the two have formed a great friendship. "I have never met a doctor that was more caring, considerate, and willing to listen,” Dorothy said, “You’re never on a timetable with her."

Dorothy believes that CCNW's staff does a lot to improve the experience of the patients as well. "The chemotherapy suite is, surprisingly, a happy place. Friendships are formed between patients and the nursing staff. Patients never leave the office depressed. We get to know each other by talking about our lives, our children, our hobbies, and how each of our treatments is going."

Dorothy's chemotherapy was difficult on her in the beginning. Once Dr. Grosen adjusted the doses, the treatment became more bearable, and she refused to let it get her spirit down. "Of course I lost my hair," Dorothy said, "so I began wearing wigs. It was actually kind of fun! If you need to make a change, that's the time to do it and embrace it."

Dorothy's original prognosis was that she had only three to five years to live; that was eight years ago, and today she’s feeling better than ever. Each month she undergoes a CA-125 blood test to detect the recurrence of her ovarian cancer. By measuring the levels of this specific protein in her blood, her physician is able to determine the effectiveness of her chemotherapy. Dorothy will likely continue to receive a round of maintenance chemotherapy to eradicate newly formed cancer cells every year or so for the rest of her life. Because any cancerous cells that reappear are quickly detected and destroyed by these maintenance treatments, Dorothy has little to worry about when it comes to a recurrence of ovarian cancer.

Her ability to look at the bright side of her diagnosis and make the most of it is truly inspiring. When talking with Dorothy, one cannot help but notice her upbeat, positive attitude and outlook on her cancer diagnosis, which she continues to receive treatment for. "Cancer is a real challenge, which can be turned into something good. You just have to get on your feet and face it! Cancer forces you to listen to your body and refocus your attention on getting better."